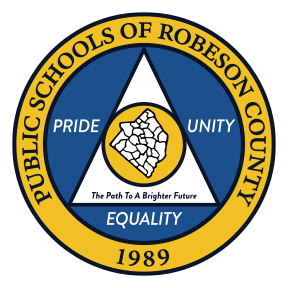 PSRC Superintendent: ‘We are not going to give in to evil’

“We’re not going to tolerate that kind of behavior on our campuses whether it occurs during the school day or after,” said PSRC Superintendent Dr. Freddie Williamson. “Safety is our top priority as we will place additional measures necessary to ensure the safety of our students and the public on our campuses during games.”

A meeting took place Thursday morning by PSRC leadership that concluded in the decision to add an additional safety feature to campuses during home sporting events. The district will soon begin leasing additional lighting to be placed on campuses, especially in parking lot areas at middle and high schools. The additional lighting will add to security including the preexisting protocols of security checks at entrances and a police presence at the game.

“We appreciate the swift action of law enforcement agencies as they responded and worked to investigate and secure the area,” Williamson said.

The investigation continues and investigating agencies include the Lumberton Police Department, Robeson County Sheriff’s Office, North Carolina ALE and ATF. The district yields additional information regarding the investigation to those authorities.

“We ask the community to join us in prayer for the families of those affected including spectators and students. We also ask for prayers on behalf of the victim who was injured,” Williamson said.

Extra support will be provided for students and staff at St. Pauls Middle and Lumberton Jr. High schools today.

Plans are in place to properly recognize championship winners on the St. Pauls Middle School football team at a later date.

“Last night should have been a moment our students will remember as they completed the championship and made lifelong memories with their peers. That moment was wrongfully taken from those students and will instead serve as a reminder of how far we as a society have fallen,” he said.

“But PSRC will move forward. We will move forward together and we ask the community to support us and join hands with us as we recover from this senseless act of violence,” Williamson said.

“We are asking our students and community members if they see something to say something to law enforcement members and school officials so that such acts can be prevented,” Simmons said.